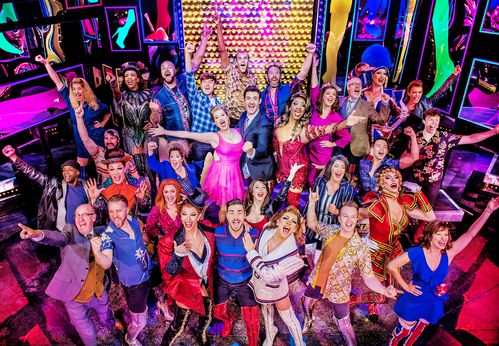 inky BootsThe Musical, filmed live at the Adelphi Theatre in the heart of London’s West End, is strutting onto the big screen! With songs from Grammy and Tony award winning pop icon Cyndi Lauper, book by legendary Broadway playwright Harvey Fierstein (La Cage Aux Folles), and direction and choreography by Jerry Mitchell (Legally Blonde,Hairspray), the musical is based on the film written by Geoff Deane and Tim Firth.Inspired by true events, this huge-hearted hit tells the story of two people with nothing in common–or so they think. Charlie (Killian Donnelly) is a factory owner struggling to save his family business,and Lola (Matt Henry) is a fabulous entertainer with a wildly exciting idea. With a little compassion and a lot of understanding, this unexpected pair learn to embrace their differences and create a line of sturdy stilettos unlike any the world has ever seen! But in the end, their most sensational achievement is their friendship. This unmissable musical theatre event celebrates a joyous story of British grit transforming into a high-heeled hit as it takes you from the factory floor of Northampton to the glamorous catwalks of Milan.
Luxury Seat £22/ Sofa for Two £44/ Standard Seat £18 / Concession £15.
Membership discount of £3.00 applies.

The new 25th Anniversary show catapults Riverdance into the 21st century and will completely immerse you in the extraordinary and elemental power of its music and dance.25 years ago, 7 minutes changed the face of Irish dancing forever. The Eurovision interval act performance gave millions of people a new and exciting glimpse of the future of Irish dance.Now 25 years later,composer Bill Whelan has rerecorded his mesmerising soundtrack while producer Moya Doherty and director John McColgan have completely reimagined the ground-breaking show with innovative and spectacular lighting, projection, stage and costume designs. This powerful and stirring reinvention of the beloved family favourite is celebrated the world over for its Grammy Award-winning music and the thrilling energy of its Irish and international dance. Filmed live at the 3Arena Dublin, the exact spot where it all began, the 25th Anniversary Gala Performance will bring Riverdance to the big screen for the first time!

David Attenborough: A life on our planet with Q&A

One man has seen more of the natural world than any other. This unique feature documentary is his witness statement.
In his 93 years, David Attenborough has visited every continent on the globe, exploring the wild places of our planet and documenting the living world in all its variety and wonder. Now, for the first time he reflects upon both the defining moments of his lifetime as a naturalist and the devastating changes he has seen.
Honest, revealing and urgent, DAVID ATTENBOROUGH: A LIFE ON OUR PLANET is a powerful first-hand account of humanity’s impact on nature and a message of hope for future generations.
The film will be followed by a Q&A with David Attenborough live from the World Premiere at the
iconic Royal Albert Hall. 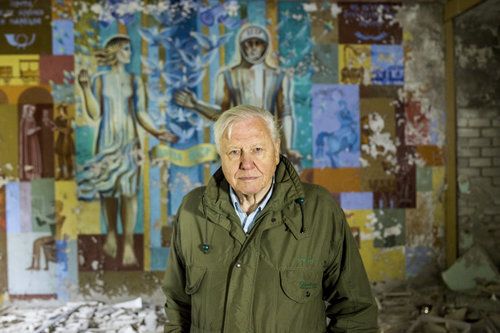